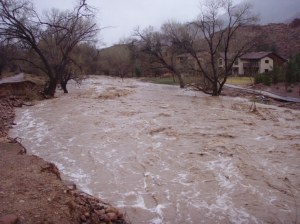 [This was written for Dan O’Shea’s “Rain” challenge (see http://danielboshea.wordpress.com/2011/04/28/have-you-ever-seen-the-rain/) Dan is contributing $5 to the Red Cross for Tornado Victim Relief for each of us who write and post a link for a story having to do with rain.]

It had been snowing; now it was raining. Again. Jack sighed and idly flipped over a page in the book he was pretending to read.  All week it had done one or the other as cold and warm fronts danced back and forth over the small town, a malign tango that rapidly filled the local streams and river.

Jack continued to pretend to read.

She walked back and leaned in the doorway.“Dammit, Jack! Did you hear me?”

“So why didn’t you answer? I can’t see a nod all the way down the hall, you know.”

Jack shrugged. She tossed the scarf she was wearing over her shoulder and spun away, muttering something he couldn’t make out.

When he heard the door slam, he tossed the book onto the sofa and stood.

At the window, he looked out in time to see Linda leave the building.  For a moment, he thought she’d look back and see him there, but she didn’t bother. Her determined stride carried her down the street. She turned the corner and was gone.

Should I have gone too? Probably, but he couldn’t make himself care any more.  Somewhere over the past year, something had broken inside him, for reasons he didn’t even try to understand. Donne was wrong. Some of us are islands. A small grimace appeared on his face that meant to be a rueful smile, but didn’t even aspire to being a smirk.  It faded quickly as he watched a raindrop trace its way down the window, gathering its fellows as it went.  Even the rain doesn’t want to be alone, he thought, studying the golden ring on his finger. Why am I trying for islandhood?

Take today. General opinion based on experience said the river would hit flood stage tonight, and the town was gathering to fill sandbags as a bulwark against the threat. He imagined that everyone between twelve and seventy would be there, and probably a few folks outside that range who shouldn’t be, but would try valiantly anyway.

When Linda announced that she was going, she took it for granted that he would as well. Once he refused, she had spent an hour yelling at him, asking him how he could be so callous and so unhelpful.

Would it be so awful if the whole thing just washed away? he thought, but didn’t say. We should all move and find new places to be, new things to be part of and let this whole dead little town just float off the map.

Linda finally gave up and turned her back on him.  Not that Jack minded that either. He didn’t want to touch – not her, not anyone.  Or be touched, either.

An hour passed, and still he stood at the window, watching the rain. Through the window, he could hear the river, roaring with an inhuman voice. He thought how it would be now, the water cold and roiling, beating at its banks, tugging debris along, tumbling it downstream. Not the waters of Lethe, exactly, but … forgetfulness has to start somewhere. Right?

Jack smiled as he pulled on a jacket, laughed as he passed the umbrella stand in the hall, and grinned on his way down the stairs. He stood in the doorway, listening for a moment, and then walked quickly down the street, smelling the rain, listening to the river’s call.

7 thoughts on “When the Rain Comes” 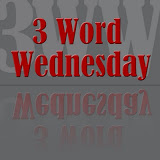 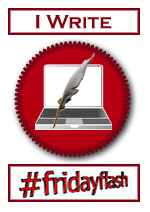